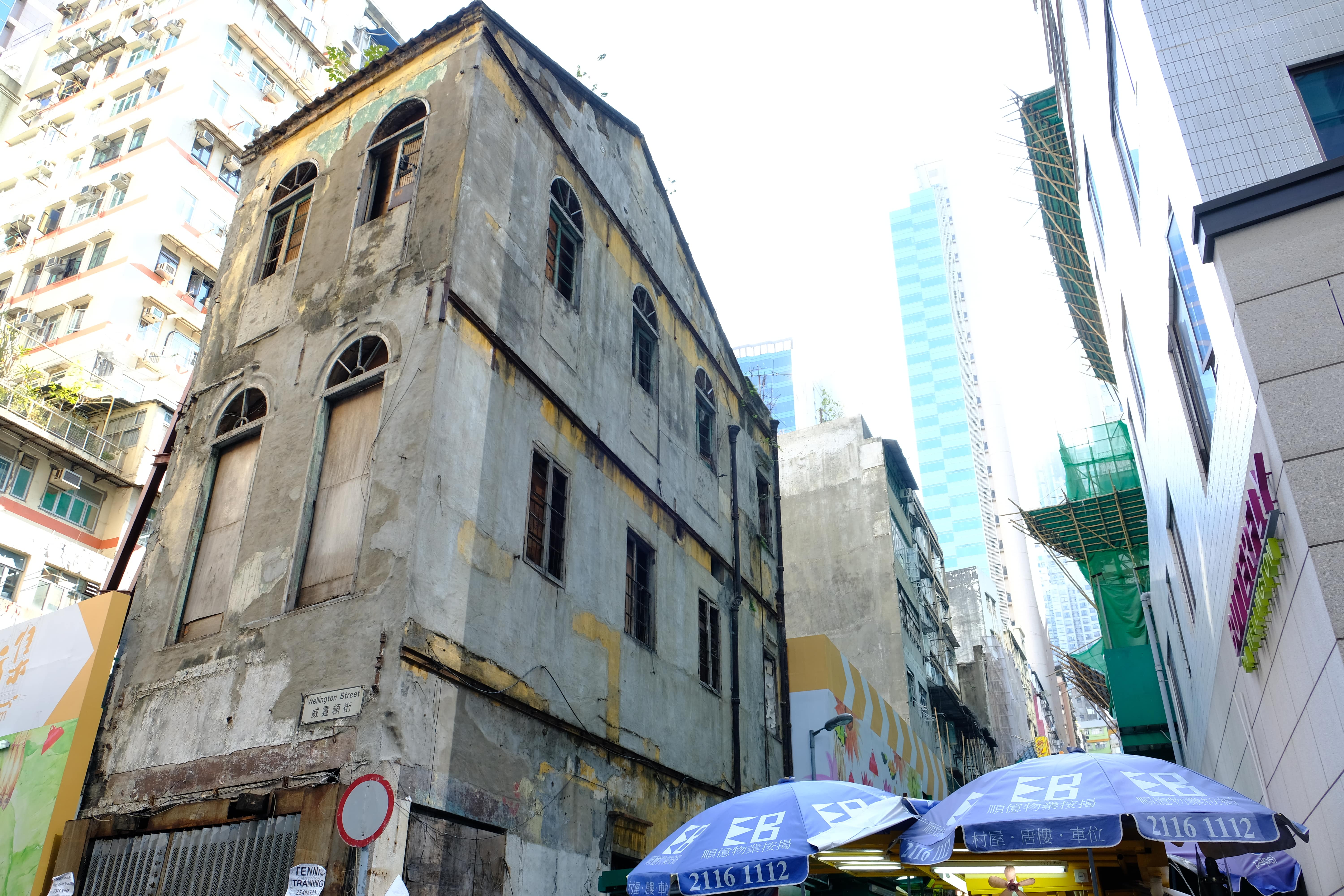 It is estimated that the tenement at 120 Wellington Street has a long history of 137 years, which becomes the very last existing tenement among the first generation tenements in Hong Kong. Before the tenement being emptied, it was occupied by Wing Wo grocery store, which had been operated for 80 years. As 120 Wellington Street was also included in the urban renewal project, the occupants were asked to move out in 2009. 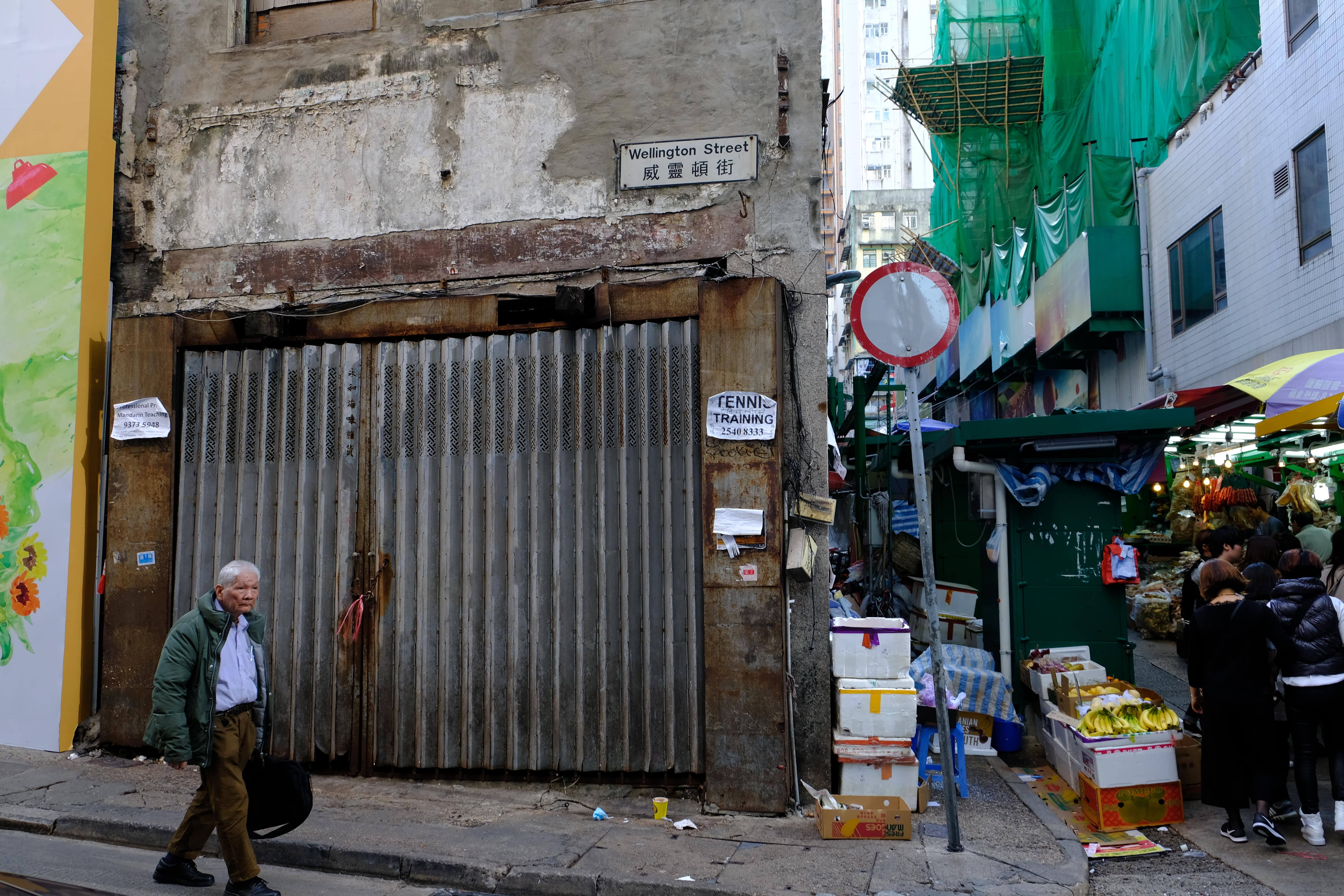 The characteristics of the tenements of the first generation is that they are closely packed with other buildings next to them, which there is on room for having an alley. However, the Hong Kong government has legislated to prevent the buildings that are too closely constructed and have the problems of hygiene. Hence, this kind of tenements is going to extinct.

Although 120 Wellington Street has a long history of over a hundred years, it has never been evaluated and graded by the Antiquities Advisory Board. It is believed that if the tenement is not been graded as a historic building, it is hardly going to be preserved.

Graham Street is just next to 120 Wellington Street, it is a market with a row of stalls that sell various food. It was once a lively market with full of stalls along the narrow street, now we can only find couples of them. The restaurants, which had been asked to move out from the market, were unable to move back to the reopened market as they were not qualified. 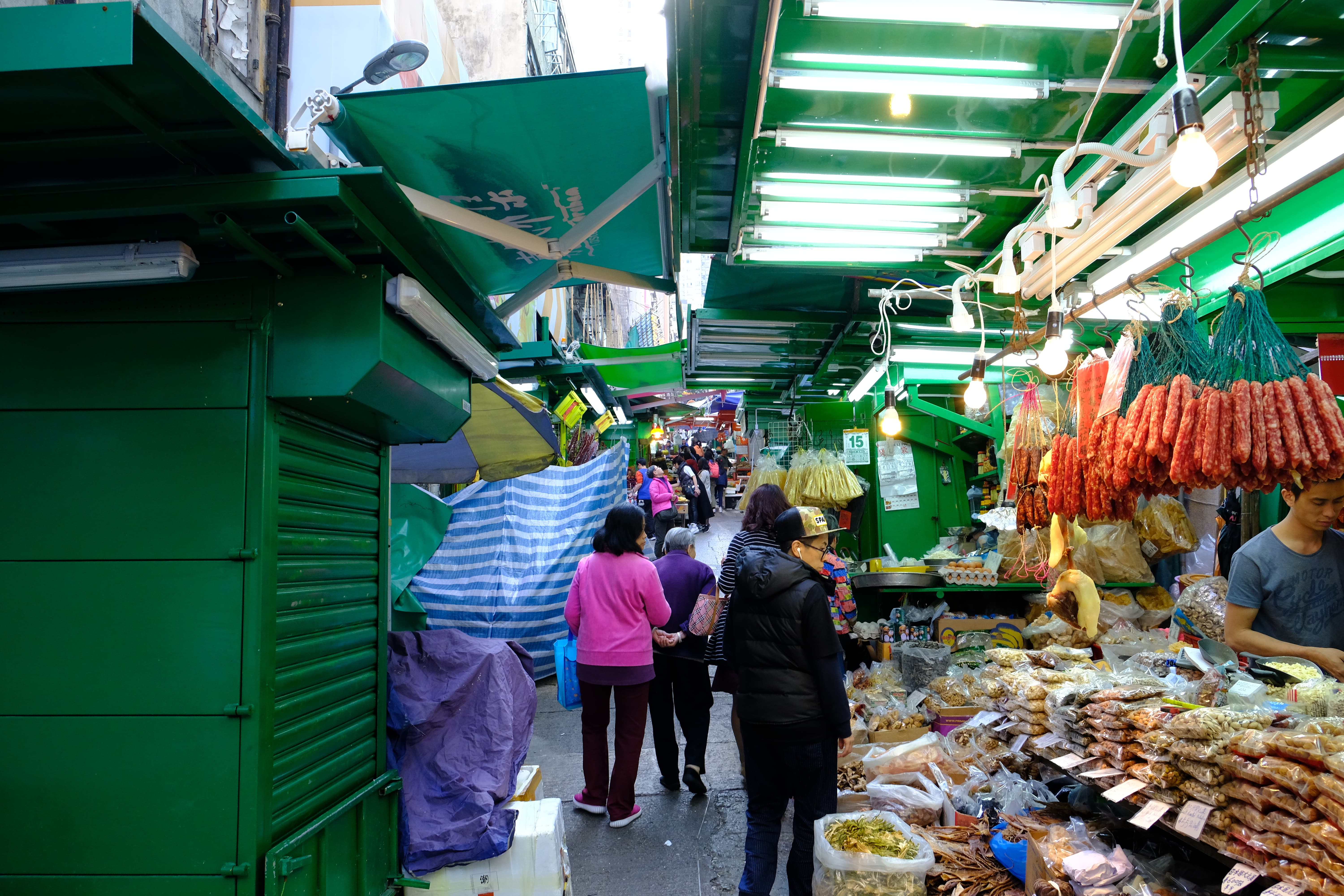 There is a row of old buildings on either sides and three of them were built before the Second World War. They have an interesting look like a staircase as they were built according to the slope of the street.

As Graham Street is also included in the urban renewal project, the three tenement houses are now under reconstruction. The Urban Renewal Authority has decided to retain their appearance rather than the entire buildings. Therefore, the shops and other occupants have been asked to leave. 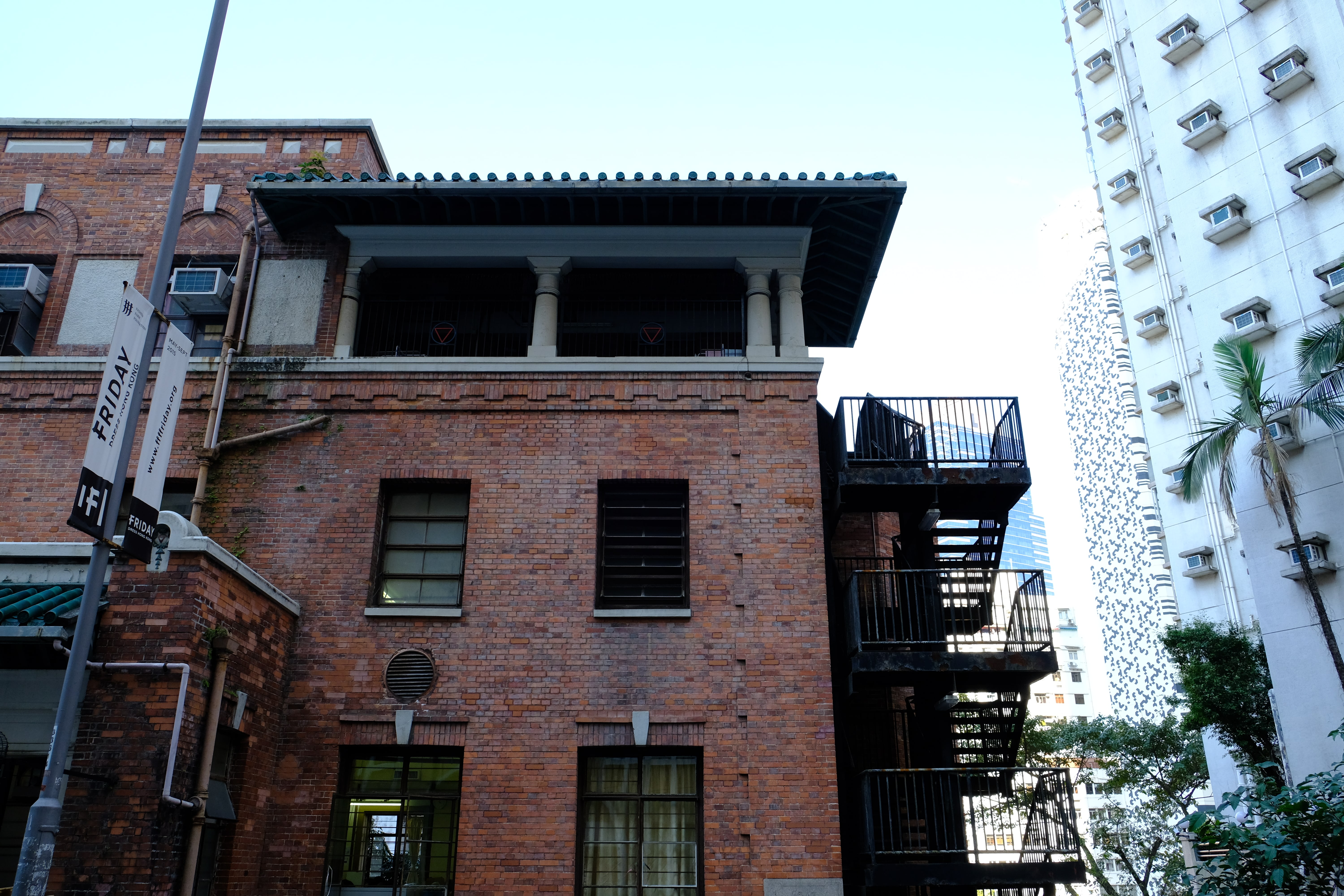 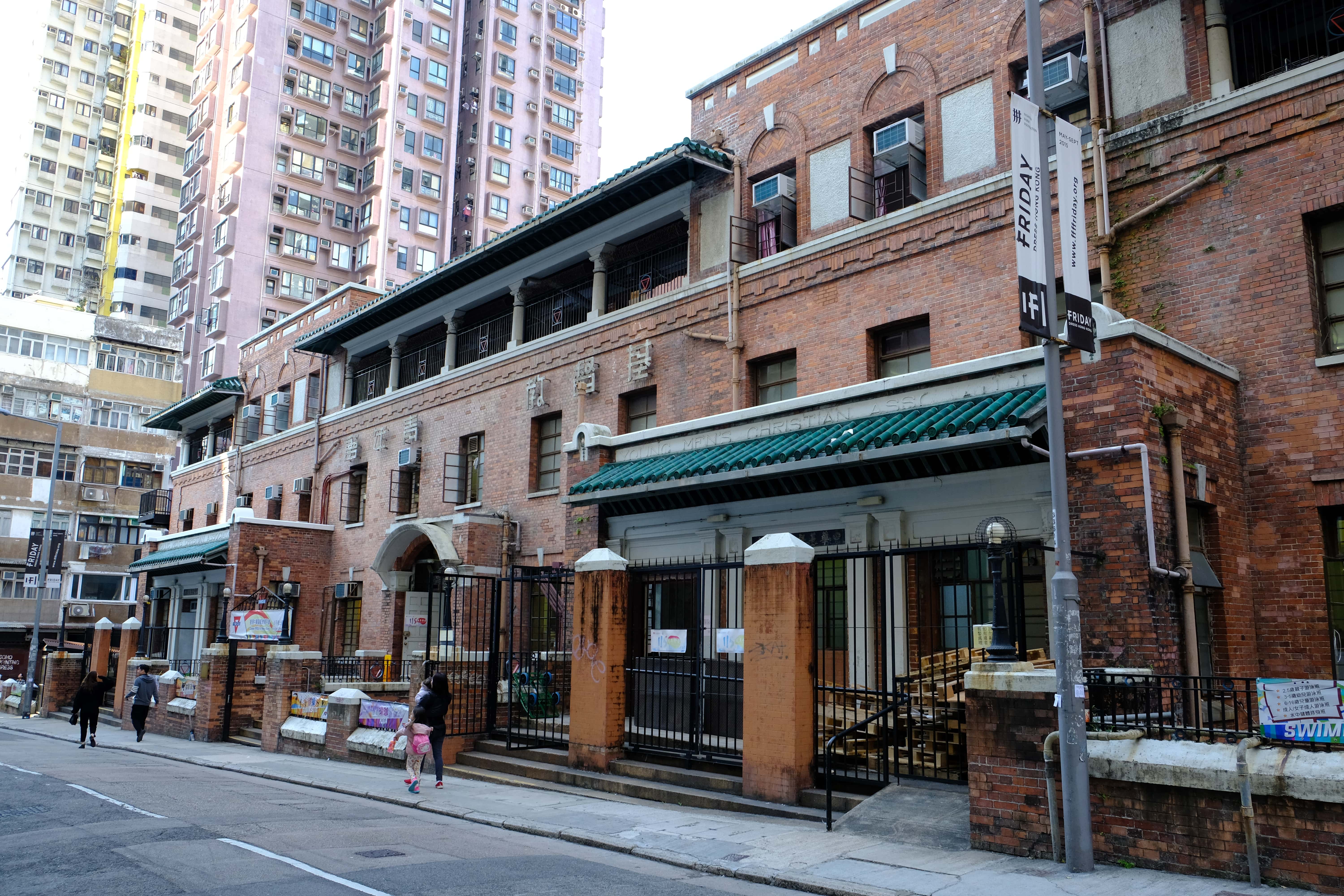 To get there: Walk from Sheung Wan MTR station exit A2 for 10 mins.

Want to find out the apartments in Central and Sheung Wan? Please click into Spacious to explore!