Hong Kong is famed for its efficient and well connected transport network that is constantly being upgraded and added to. They have the MTR station names written clearly in English and Chinese, and you get announcement in Cantonese, English and Mandarin at every station as well as a map of the line when you are on the MTR itself. However, despite many MTR stations having a western style name like Admiralty or Jordan, there are some names that doesn’t make much sense to non-Chinese speakers or readers. A good example is Tsim Sha Tsui, the way the local and foreigner says it greatly differs. Why is that? Well…

The translation of most of the MTR station name in English are more often than not the phonetic translation rather than a literal one. The locals don’t blink an eye at the weirdness of the name, but the reality is that even though the Cantonese MTR station names make sense the way they are, their English literal counter-part are downright hilarious.

That’s why we have found you this map with literal and funny translations of Hong Kong’s MTR station names for you to look at. So you can get to know the transport system of Hong Kong in a different light and appreciate just how weird things would be if Hong Kong have decided to go with these translations. 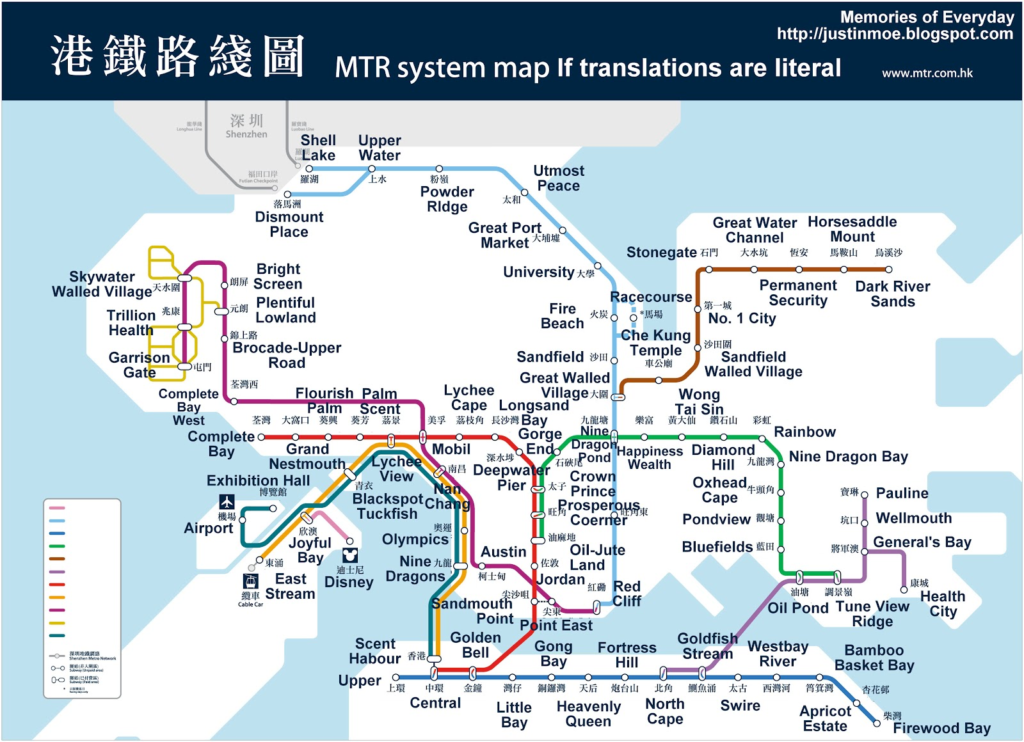