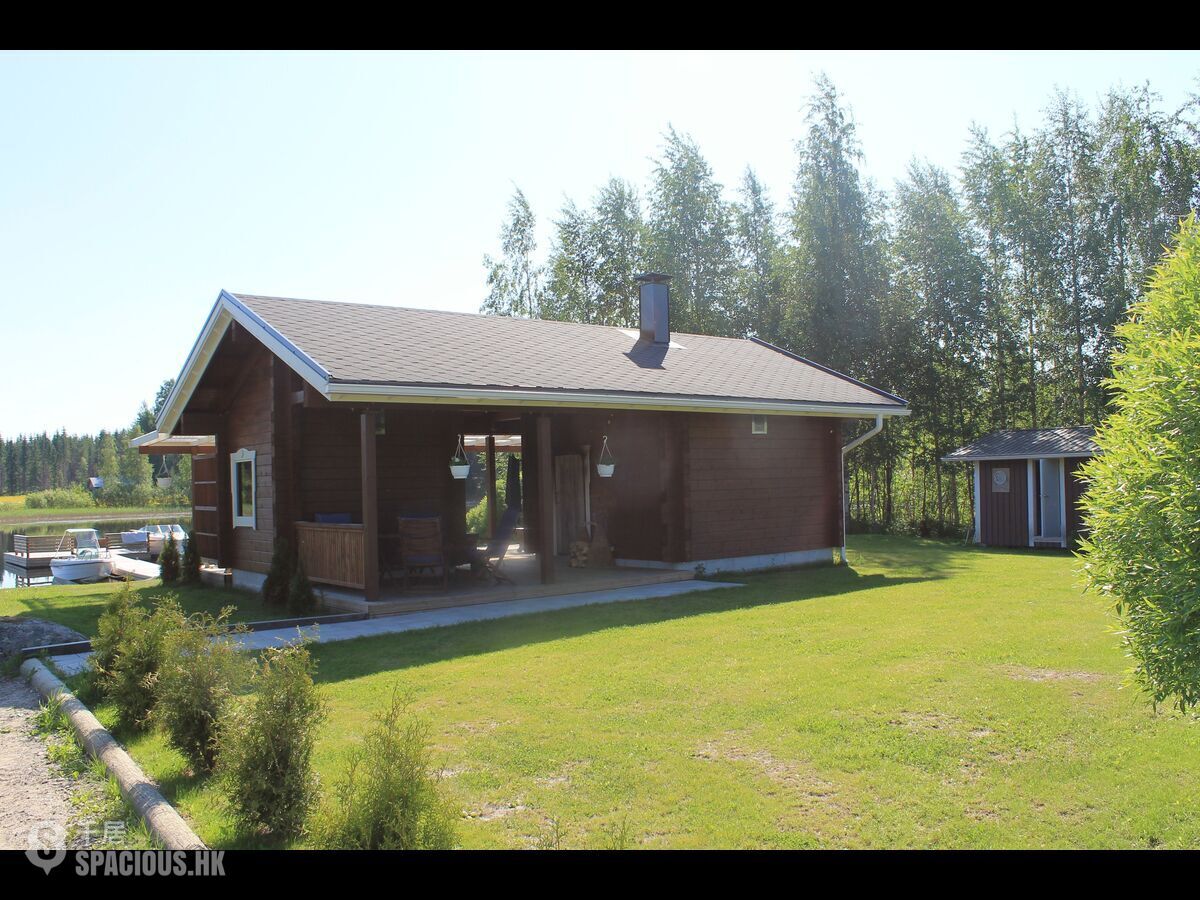 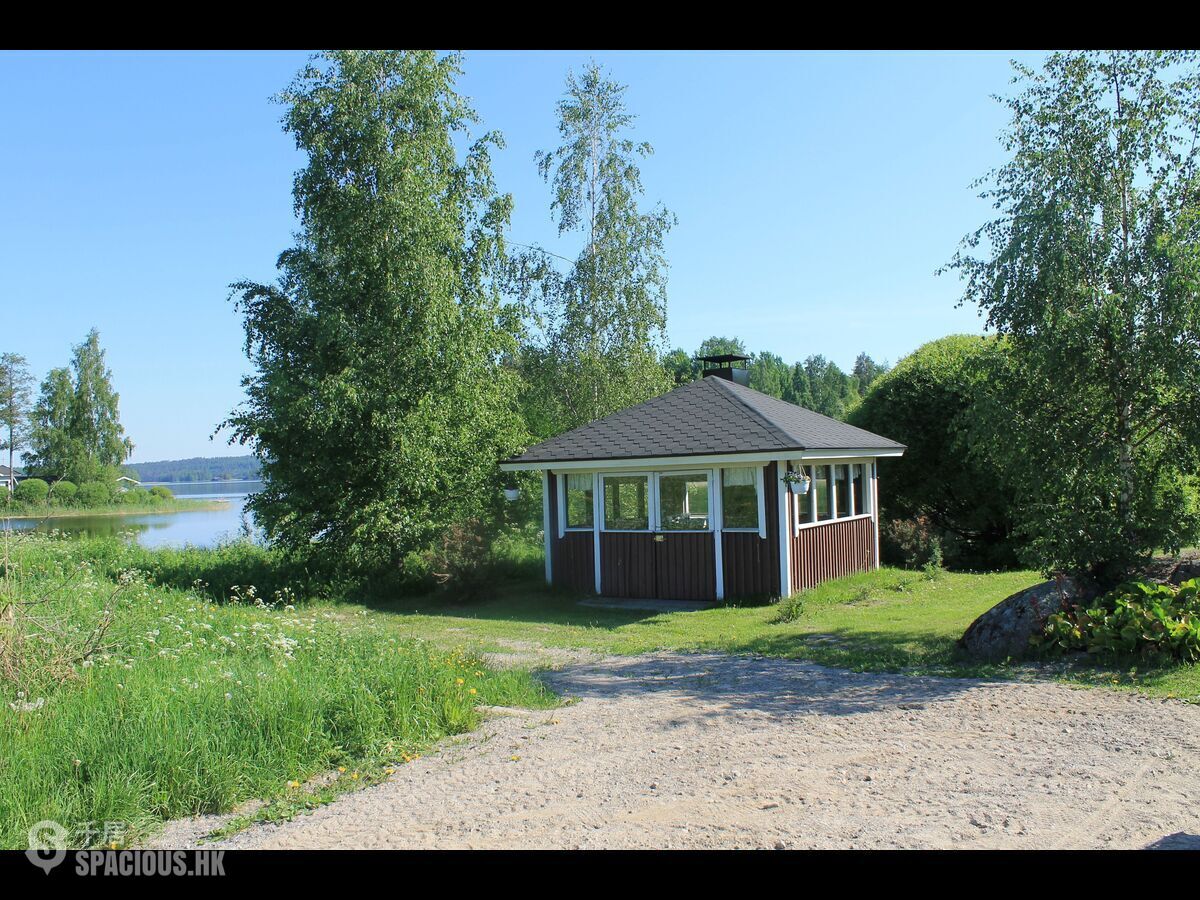 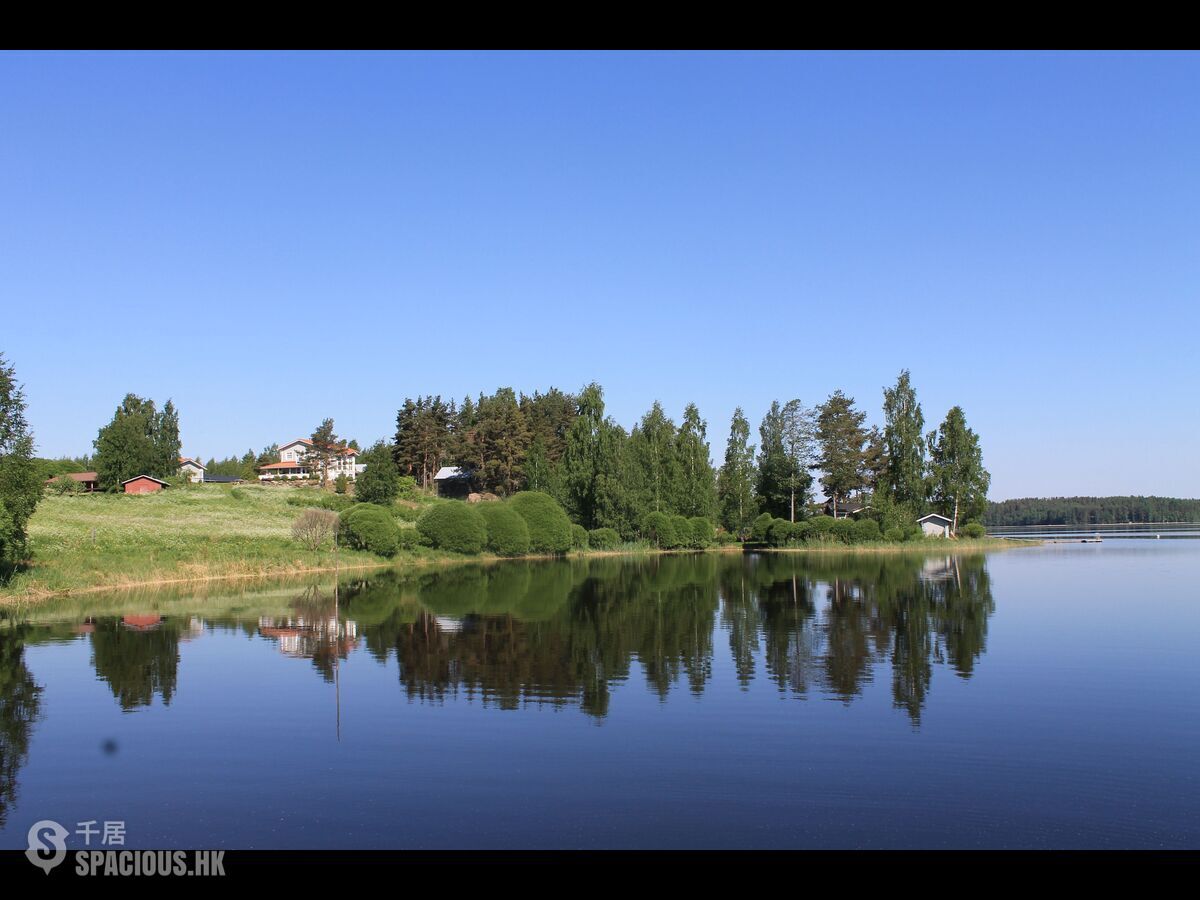 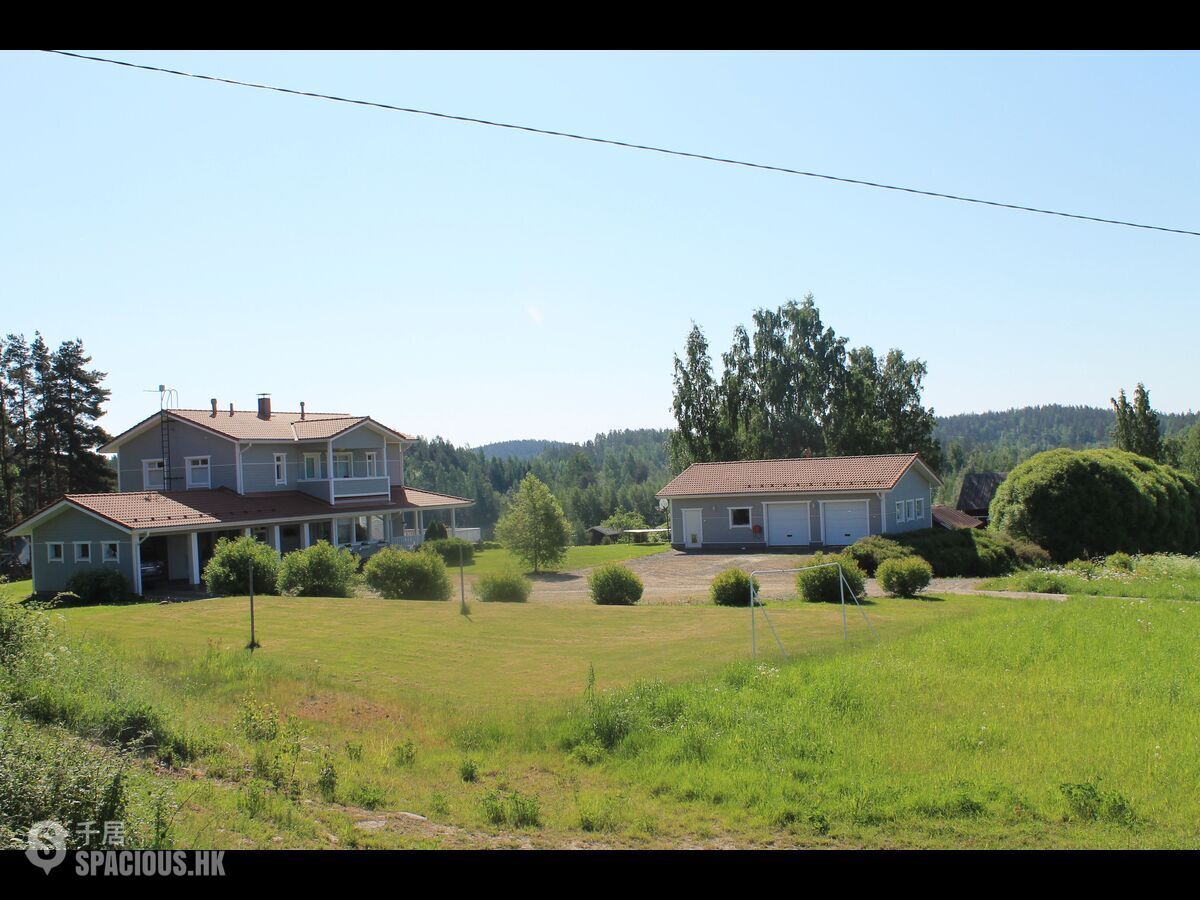 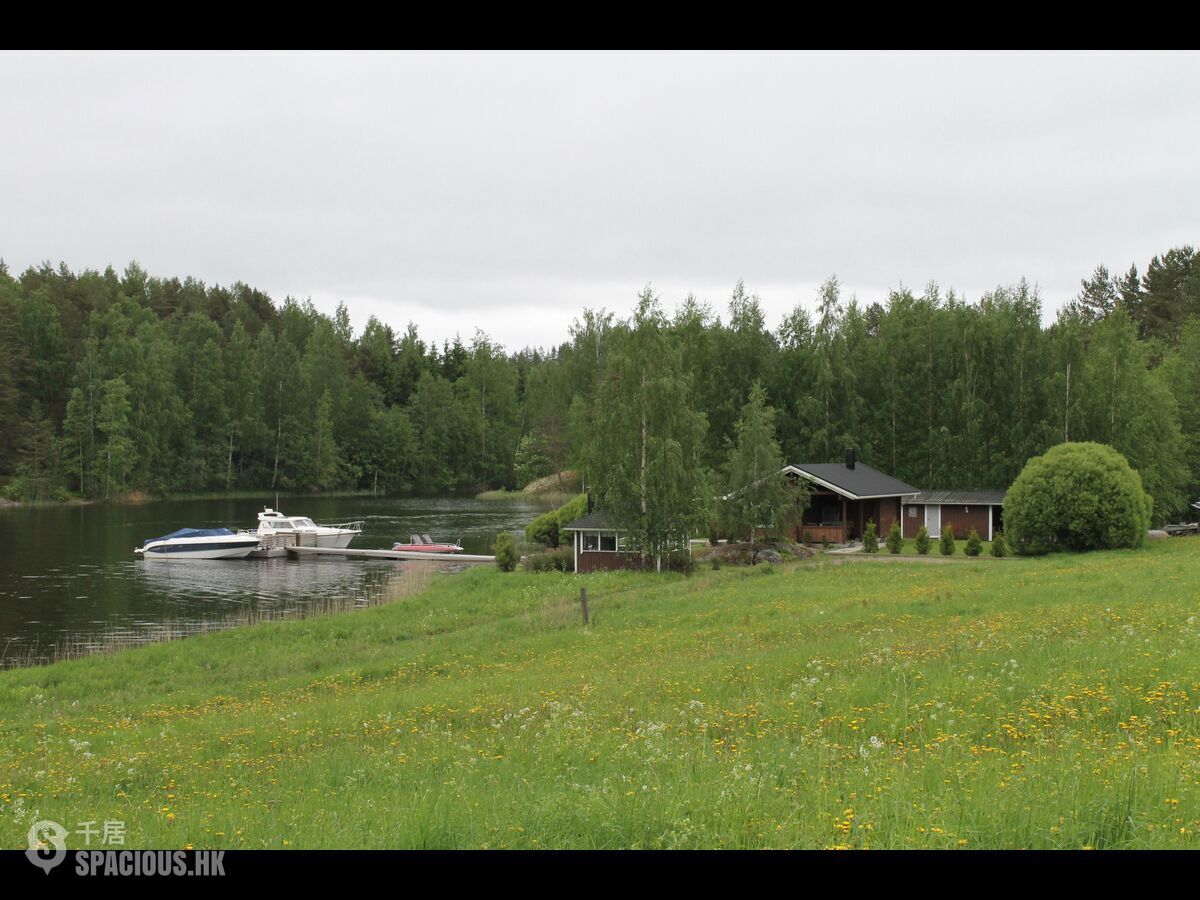 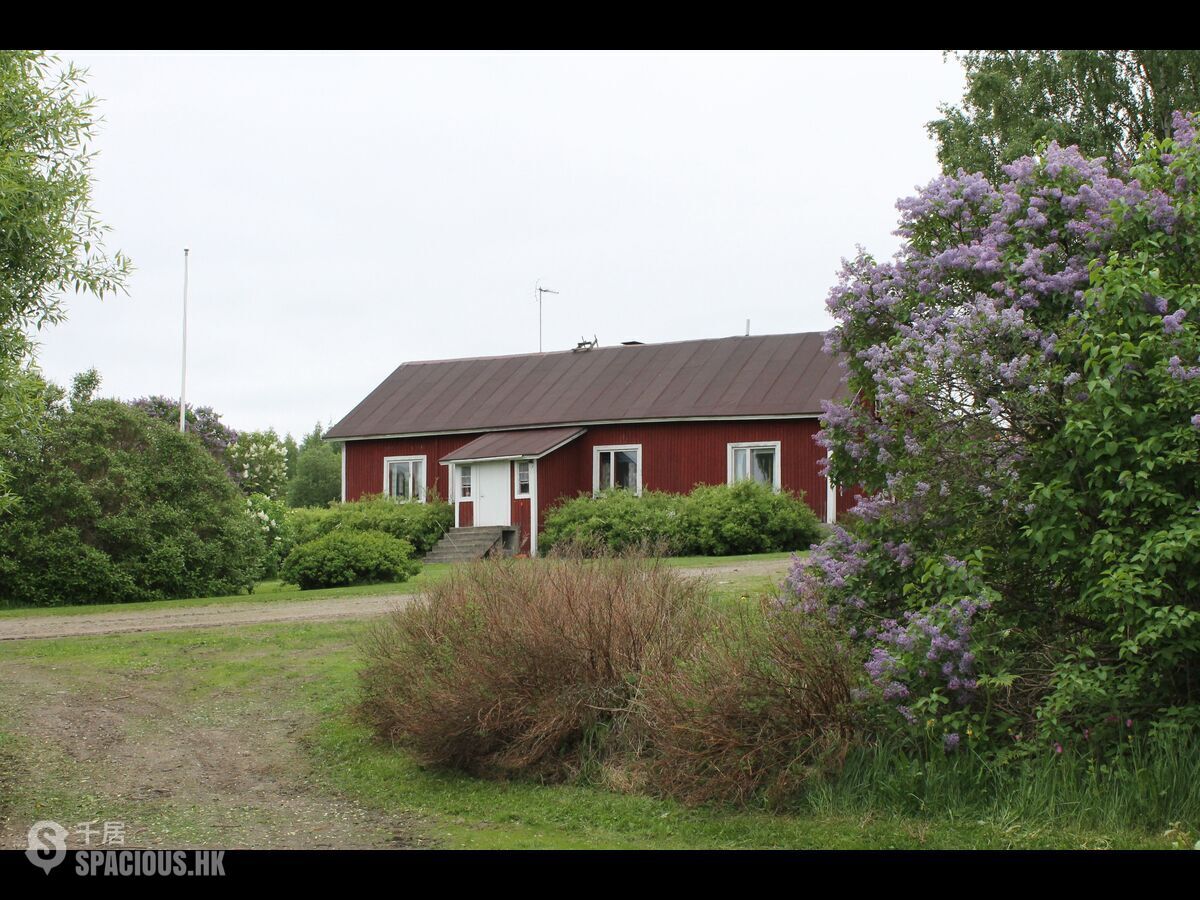 A hidden jewel in good reach of services nearby.

‘Päiväniemi’ is located directly on the beach of Lake Saimaa’s Louhivesi area. Only a 2 ½ hour drive from Helsinki and 90 km distance to the Border of Russia you find a beautifully preserved entity of buildings, 16 hectare/32acres of clean beaches, grassland and forest.

The main log built farm house with a beach house and further buildings offer a large family and/or business infinite possibilities to relax and prosper.

Altogether Päiväniemi consists of - a log-built main two-floor farm house, built in 2006, with 210 m2 of generous living space with
- an attached car park for 2 cars and
- a separate double garage, approximately 100 m2
- its beach sauna, built in 2011, with smoke-sauna and a barbecue hut
- a very well kept ‘former’ main farmhouse, built in 1929, with comfortable 130 m2
- a beach house, built in 1991
- its own beach sauna, guest ‘barn’ and barbecue hut, all built in 2007
- a large storage building with high roof and gates, 450 m2, built in 2010, allowing the up-keep and winter storage of boats, cars and other gear and
- several other outbuildings like a ground cellar as well as log-built hay-, grain- and drying barns.

Päiväniemi consists of 16 buildings altogether and further development (i.e. building application) is possible. Päiväniemi was created for the life of a family, a group of friends or even business use.

It is a private and sunny location, offering space to enjoy various interests like fishing, swimming, walking, allowing you snow sledge rides and cross country skiing in the wintertime – and all in your own grounds or on tracks across the lake ice.

The connecting roads are kept in good condition throughout the year at an annual fee of 200 €.

Fishing along the property’s beach is free to catch e.g. stork, salmon, pike and whitefish. There is also the possibility to join the local hunting club to be able to hunt small prey and possibly moose. The water quality of the Louhivesi area is clear and has drinking water quality, a rare treat in modern times.

This property is not officially on the market and will only be sold as an entity. It can be vacated at any given time.

Size
160000 - 1722225.67 Sqft
Disclaimer
Purchasing uncompleted properties situated outside Hong Kong is complicated and contains risk. You should review all relevant information and documents carefully before making a purchase decision. If in doubt, please seek independent professional advice before making a purchase decision. All prices are for indication only due to currency exchange differences.
Get the Brochure 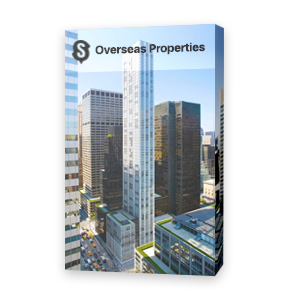