Home Blog The 'Disappearing' Buildings (I) - a 600-year-old Village in Tsuen Wan?!

Hong Kong has rapidly developed from a fishing port some 170 years ago to nowadays a major international financial centre. The trace of the old Hong Kong can hardly be seen due to the rapid development and the unceasing projects of urban renewal. The large scale redevelopment projects namely Kwun Tong Town Centre Project will soon turn Kwun Tong into a brand new face with more malls and tall residential and commercial buildings. Let’s follow this series and discover more valuable buildings that are disappearing in Hong Kong!

Today we bring you four old buildings in Tsuen Wan. You can never imagine that there’s a place like this just around the corner. These buildings are almost 50 years old. All blocks are connected to create a “U” shape and the area in the middle is a playground. Some elderly was sitting on the benches, some were walking with their dogs and some children were riding bicycles in the playground. There are also several shops on the ground floor, like restaurant, plumbing and electrical store, Mahjong School, vegetable stall and grocery store.

There was a fatal fire incident in Yi Pei Square and it was found as the densest residential place with a large number of sub-divided flats in Tsuen Wan. It is believed that the densely populated sub-divided flats were the cause of the accident. Hence, residents are urged to always keep their place clean and clear, especially the escape route, in order to prevent from any similar incident happening again. 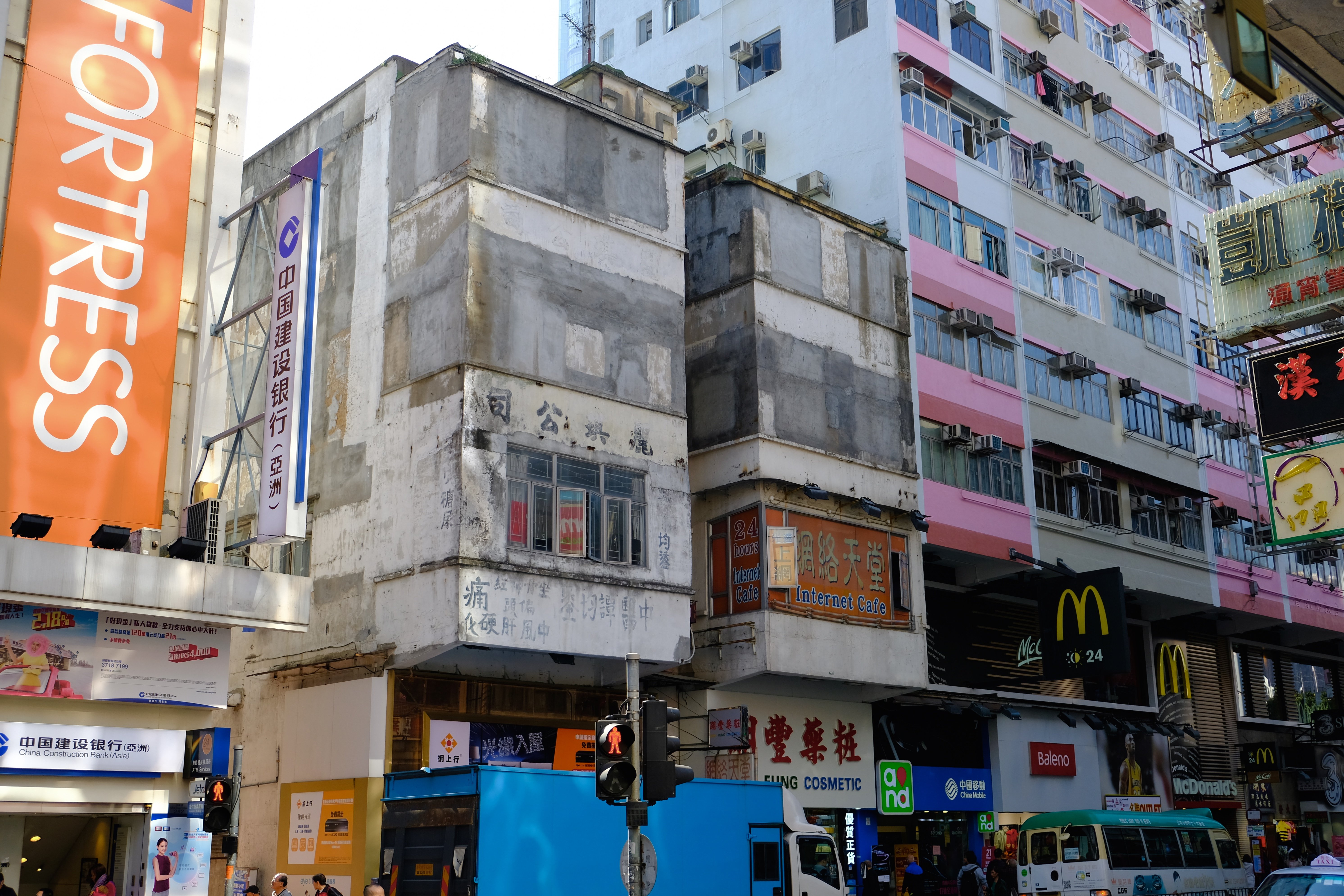 I was standing in the crowded Chung On Street, an out-standing building situated between two tall buildings in the opposite drew my attention. The top two floors of the building are fully blocked with concrete and the first floor is occupied by a cybercafé and a Chinese medicine clinic.

A shabby signboard of the clinic placed at the entrance has yellowed with age. On the wall of the building is written a name “麗琪公司”, which should be the company before the clinic came in. It can tell that this building has an age of 50 or even older.

No name can be found for this building and it’s even not shown on Google map. It is undoubtedly an “invisible” building. Lung Wah Theatre was opened 55 years ago and operated for 34 years. It is now turned into a snooker room, bars and other businesses.

Although it is no longer a place for watching movies and rented out for other commercial uses, the original body is still preserved with only a small renovation of the wall. Thus, we can still appreciate its authentic look in the 60s.

Lung Wah Theatre played Cantonese movies and contained nearly a thousand seats in total. It can be deemed as a mini concert hall comparing with today’s theatres! Shek Pik has a long history of around 600 years. In Hong Kong, it is very rare to have a village located in the urban area. There were 9 families originally living in Lantau Island and the main village was called Shek Pik Wai. The inhabitants are relocated to Shek Pik New Village in Tsuen Wan because of the construction of the reservoir in 1960. Tsuen Wan District was in one of the large scale urban redevelopment projects, it has turned from a industrial area into a food and shopping paradise!

Click into Spacious to find out more houses in Tsuen Wan! Hey, can we meet up at ... ? - Explore Major Hong Kong Island Landmarks & Buildings