Bamboo scaffolding seems to be up there with the myriad of shop signs hanging horizontally from buildings into the street when people think about Hong Kong. It is a widely used construction technique that dates back through the ages and was even used when the Great Wall of China was built. It actually originated in India, and was introduced to Hong Kong from the 1800s.

Relatively quick to erect and anchored using a fulcrum (support point), bamboo scaffolding doesn’t require nuts and bolts like its metal counterpart, but instead only bamboo shoots and plastic fibre straps to build. Not needing a foundation either, there’s a reason why it is so popular in many Asian countries and short term or temporary construction works. 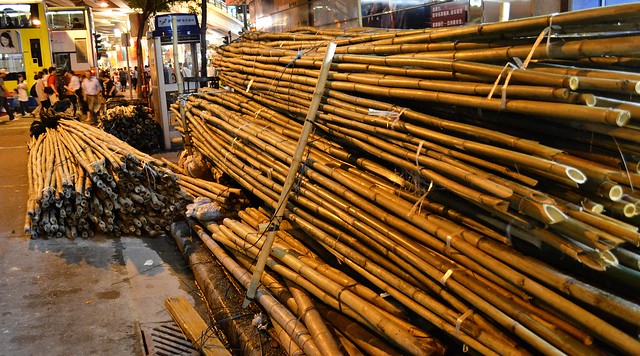 It remained popular until the invention of metal scaffolding, and as the world entered into the 21st century, less and less people are inclined to venture into the occupation of bamboo scaffolders. Another factor that had contributed to its decline is the lack of material, as bamboo takes three years to mature enough for use scaffolding material. Although it is still frequently used in Canto Opera stage construction and in the building of some festival.

One of the points most people are concerned about in regards to bamboo scaffolding is safety. Workers often dangle tens of meters off the ground without a harness, relying on their reflexes and skills to navigate. 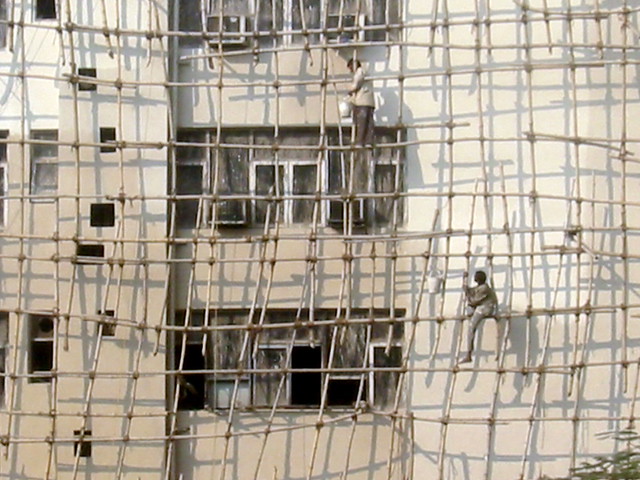 If you are still worried – don’t fret too much, because Hong Kong Government has a code of practice for bamboo scaffolding. Put together by the Labour Department, the first edition came out in 2001, and the current version which is the third edition was released in June 2014. The document is 50 odd pages long, and if you are interested to see what the government says, then you can read it here. Wanna meet your one true love? Find out where single people live in Hong Kong!