Tsing Yi is an island in Hong Kong. It has been developed into a new town with numerous malls, recreational facilities and residential buildings.

There are still some unique traditions preserved amongst Tsing Yi inhabitants. For example, the male members of the indigenous inhabitants have the rights to apply for Ting Uk and to inherit properties. Tsing Yi holds Tsing Yi Bamboo Theatre every year during Chun Kwan’s and Tin Hau’s birthdays. There are Cantonese opera and night market that sells food and snack. Tsing Yi will be full of people every year in these periods.

Ting Yi has some interesting traditions, other than that, let’s find out the historical and unique buildings there!

The houses have three floors and most of the families have attached grilles on the balconies to prevent thefts. Chung Mei is not only a village, it is also a market. There are various kinds of shops and stores, such as selling clothes with low prices and some traditional snacks. You can also easily find restaurants and salons around the village.

As it was still during Lunar New Year, the majority of the shops were closed. However, a few of them started to prepare for the opening after the holiday.

The inhabitants in the village were Chan’s and Tang’s families. There are two ancestral halls in the current area and both of them are the halls of Chan’s families; however, Tang’s ancestral hall is not found.

The relationship between the residents and shop owners is very close. At every time they meet, they chit-chat for quite a while to know more about each others’ daily lives. This little scene has already shown the bonding created in this village. 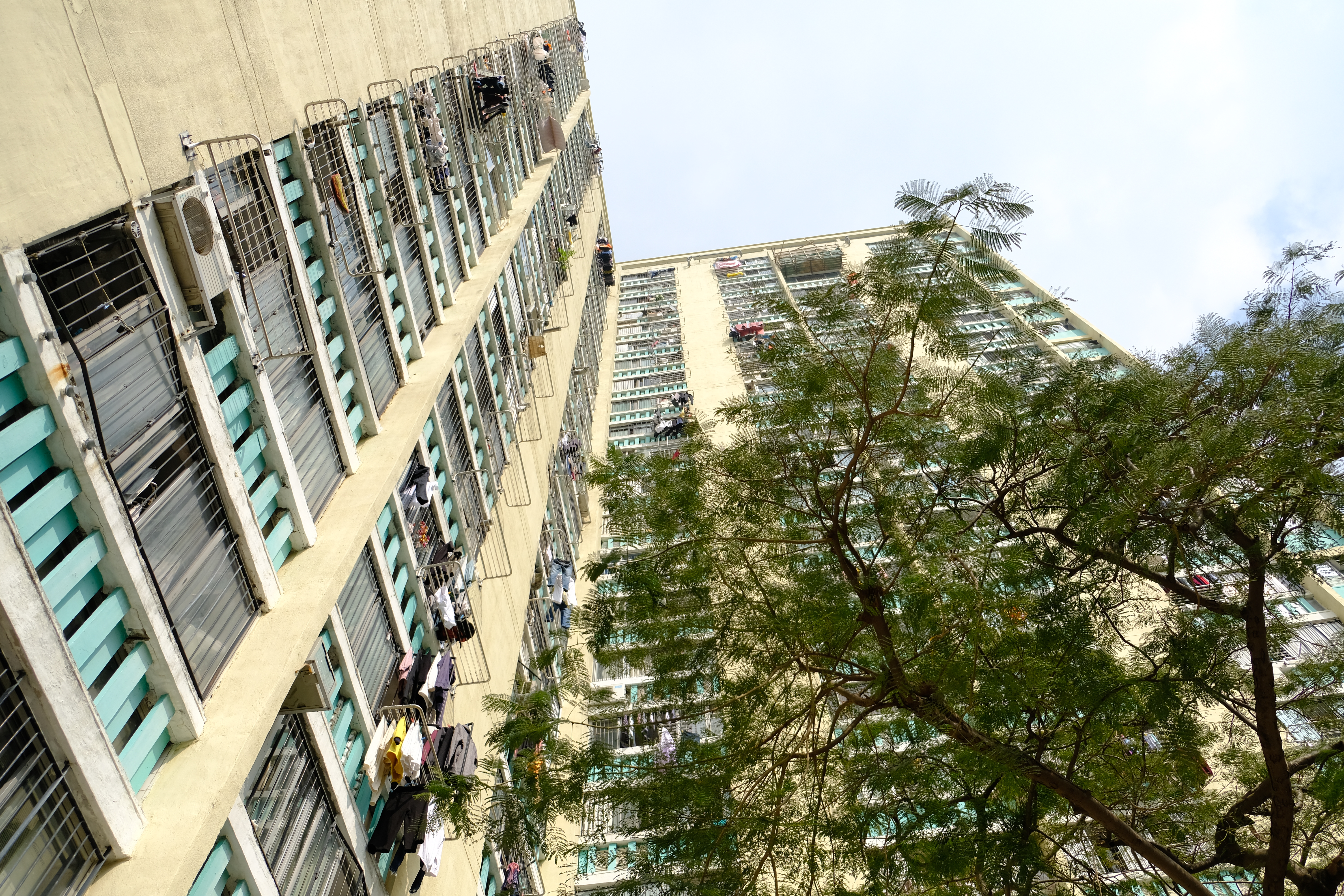 Cheung Ching Estate started the construction since 1970s after Tsing Yi Bridge was built. It consists of eight blocks in total, Ching Chung House and Ching Pak House were the first two houses that were opened for sale in 1977.

Six of the houses are twin towers, which have a special design in having a void in the middle. The design was originally for air circulation and minimizing the risk of thefts. Although, the twin tower was designed to benefit the residents, it has brought out some undesirable tragedies. The twin tower has a minimum height of 36m2 that gives some feelings of fear and frustration when looking from the bottom to the top or the other way round. Thus, it may have “encouraged” the residents to commit suicide by jumping off. There are also other problems like the large land area and privacy of the residents, hence, twin towers have already been stopped constructing anywhere in Hong Kong from 1980s. The “forbidden” twin towers may fear the residents, they are still popular to photoholics. The common photos taken at the twin towers are shooting at an angle from the bottom to the top, which creates an multiple geometric image. Photos that can show the beauty of twin tower can be taken no matter in the morning or at night.

As Chung Mei Lo Uk Village and Cheung Ching Estate is quite far away from the MTR station, minibuses or buses have to be taken for arrival. 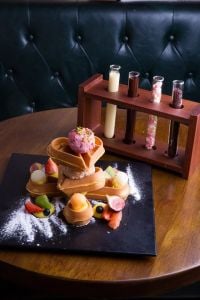 Travel the City Along the Shopping Route!