Transport is important. Most of the time when someone ask your where do you live, you answer: oh, I live near this MTR station. It’s much easier to communicate the position of your home without giving away too much information, and it’s a given that everyone would understand where you are talking about (if they don’t – it’s easy to look it up and show them, too!).

In fact, MTR stations is tied closely with real estates, making the land around it prime development land with many large scale housing estates built atop or nearby. This allows their residents to utilize the well connected transport system, not to mention it being one of the best selling points of their properties.

The diagram is sourced from Kai Chi Leung’s Facebook, which is unfortunately only available in Chinese. The price you can see under each station point is the HKD/square foot, the standard pricing unit of Hong Kong properties. The original MTR map with the MTR station map is attached below for your information.

Using the average HKD/square foot value of the nearest large housing estate around each MTR station, and the result shows that:

The most expensive station is Central – 31,864 HKD/square foot

Honestly, I don’t think anyone is surprised by the result given that Tin Shui Wai is one of the most remote area and Central is the, well, central district of Hong Kong on Hong Kong Island.

It is worth noting that the statistic compiled is based on the housing estates within 200m of the MTR station with the highest number of sales in the last six months. This data is based on data published by the Centaline on 25/4/2015. If data cannot be provided by Centaline, then it is based on the average of the five most recent sales. 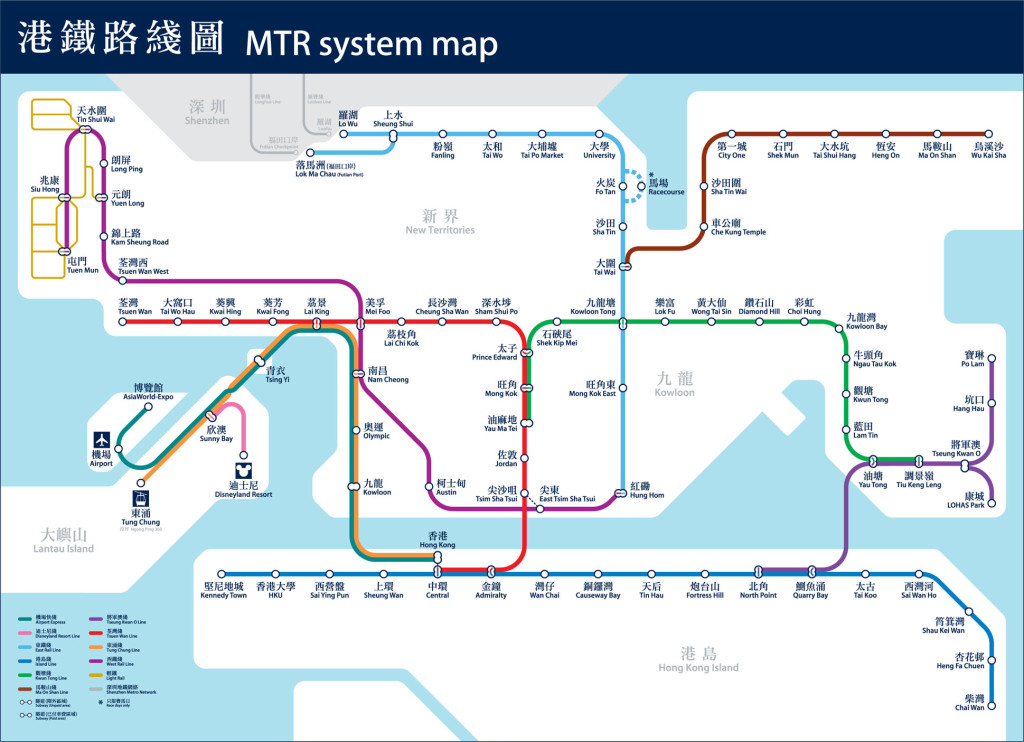