The Pavilia Bay Continued to Receive Overwhelming Responses
New World Development and Vanke Property reportedly received over 3,000 subscriptions for the second batch of 199 flats in their The Pavilia Bay joint venture project in Tsuen Wan West, while all 400 apartments in the first phase of the development were sold last Friday. The second batch comprises 23 studios, 44 one-bedroom units, 70 two- bedrooms flats, 28 three-bedrooms units and 34 four-bedrooms apartments. They will be offered for sale from tomorrow. The flats range from 318 saleable square feet to 1,366 ssf, while prices were listed between HK$5.53 million and HK$29.15 million. Discounted prices ranged from HK$14,039 and HK$18,159 per ssf.

Grand YOHO Sold 45 More Units
Sun Hung Kai has sold 45 out of 46 units, which the developer put on sale for its new project Grand YOHO Phase 2 in Yuen Long yesterday. A duplex flat in Unit 49D, Tower 3 with roof and private pool was sold at HK$43.8185 million, a record high price in the development. The five-room unit has a size of 2,038 square feet and costs HK$21,500 per square foot.

Only 4 Secondary Home Deals Recorded in 10 Major Estates
In the secondary market, only 4 home sale and purchase transactions were recorded over the weekend in 10 major housing estates tracked by Centaline Property against 8 deals in the previous weekend. There were no deals in 7 out of the 10 major housing estates that it monitors. “The latest policy address lacked surprises relating to housing policies and there were not much reactions from the secondary home market,” said Louis Chan Wing-kit, Centaline Property Asia-Pacific residential chief executive. 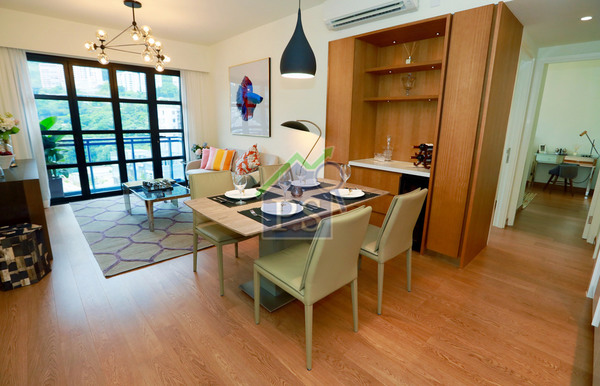